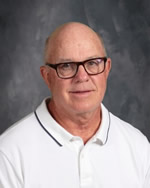 These days when alumni or other visitors come to Mount Michael, if it has been more than a year or two since their last visit, they are taken back by all of the development happening around us. Turning off Maple and driving north on 216th Street is a real eye-opener regarding development! No longer is Mount Michael far, far out in the “country” or like some say “In the middle” of soybeans and corn!

My last article in the Michaeleen had to do with present students’ interest in our history – particularly the Journalism class. When asked why they want to write about our history, one student quipped immediately, “I was thinking about how much Mount Michael has changed and how quickly it is continuing to change. Honestly, Fr. John, I do not want Mount Michael to change so fast. I want to remember it as it was when I was there.”

Change is inevitable. Life is always evolving, otherwise it is not life. As we all know, no one lives forever. It is not a healthy thing to ignore that change is needed. To always try to hang on to life or things as they were in the past can be dangerous – a type of ignoring reality. None of that would be good for Mount Michael as a school or as a monastic community.

But I must admit, I do love to talk to the friends and neighbors who have remained connected to us from the very beginning of our time in this area. There are some items and buildings still standing and still in use that date back to the very founding of Mount Michael.

One individual whom I enjoy speaking to about the early days of Mount Michael is Connie Edwards of downtown Elkhorn. Connie’s parents Frank and Rita Roza were very generous and practical in helping the first monks of Mount Michael. Connie speaks about her mother, Rita, who provided pots and pans for the monks to use to cook when they lived in Rex Olson’s (the previous owner of the land of Mount Michael) home – now Mount Michael’s famous Guest House.

However, I also must admit that all the change around us does not change the good memories and the fun times had together. Several memories that will always remain with me with Connie and family are hunting morel mushrooms and the famous peanut brittle. Actually, Rita introduced me to morel mushrooms! She had an uncanny sense of when and where to find them – lots of them. The peanut brittle that appears every year at Christmas time is “to die for.” Although most of us are just too old to tramp around the gullies hunting for morels anymore, the wonderful memories remain.

Again, change is inevitable. There is not much Mount Michael can do to prevent development all around us. We can complain and express our disdain for it all, but then how healthy is that? It might be better to embrace it all and look for ways to incorporate those changes into the life of Mount Michael. It is very possible that many of those young boys who will live less than a mile from Mount Michael might be interested in attending Mount Michael Benedictine High School.

Undoubtedly, most people connected with Mount Michael want to return to a place where they felt secure and experienced a tradition that is deeply rooted and will continue. As Abbot Michael expresses in his letter in this issue of the Michaeleen, indeed, this is exactly what we are working on right now. Steps are being taken (Abbot Michael’s words) “to ensure that the Catholic and Benedictine character of the school endures, should it be that very few or no monks are able to work in Mount Michael Benedictine School.”

Change is inevitable. No one lives forever. But monastic life and the roots of the Benedictine nature of Mount Michael will go on. I would say that all people who are related to Mount Michael need to embrace this endeavor as we move forward in the future. This is not just something for the monks to be concerned about. It is a concern for all Mount Michael connections.

I would like to end with an element of real hope. I might qualify that a bit – at least it is real hope for me. A few years ago, I suggested to Br. Jerome that we open a chapter for our present students to become Oblates of St. Benedict. There was such a chapter when I was a student of this institution. To date, Mount Michael can boast of having over forty alumni and present students who are Oblates of St. Benedict. For me, this speaks very loudly. These young men have been willing to be instructed by Br. Jerome in the Life of St. Benedict and Benedictine spirituality. Obviously, they have some interest and feeling in who and what we are. Certainly, they will also be interested in ensuring that all that Mount Michael is will endure, even among all the changes around us.