Every Monk has his own vocation story. 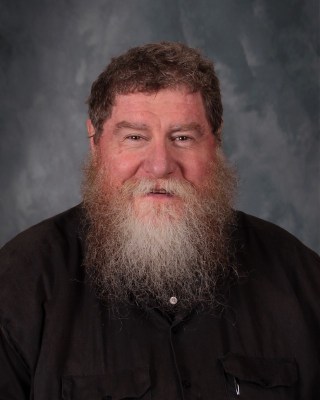 When I was 16 years old a number of experiences shaped me very deeply. I became a member of our Christian Life Committee here at Mount Michael when I was a high school student. One of my classmates, Jim Rafter, presented me with a challenge in these words, “You know how to use a hammer—we need your help.” These words made me realize that I should use my talent to help others and what follows are the experiences that lead me to Mount Michael Abbey.
I always knew my parents were very spiritual people. They were Benedictine Oblates and Fr. Henry Huber, a monk of Mount Michael was a regular guest at my home for both meals and pinochle. He was my mother’s spiritual director and formed my family’s spirituality.

As a little boy, I remember loving to attend mass, but a memory that I have at 5 years of age that formed me very, very deeply was my mother teaching me the song, Humbly We Adore Thee. I have always loved to sing, but this memory will always stay with me, for many other boys never sang in church, never wanted to sing. And here I was, loving it, particularly because my mother played a role in instilling this desire in me.

I lost this zeal when I was in the 8th grade and I began to question my parents in general. I call it a period of adolescent distrust of authority and parents. This stayed quietly inside me until my father began to take me with him when he did service work privately for the elderly and poor with the program, Meals On Wheels.

I was still not sure I wanted my parents’ spirituality until I was 16 years old. Remember, I was challenged by this classmate, Jim Rafter. Now there was a chance to use the hammer in participating in the creation of a soup kitchen – the first Catholic Worker House in Omaha – at that time called St Teresa House. Now it is the Francis/Sienna House in Omaha. Fr. Nicholas Nittler and Br. Andrew Sorensen, monks of Mount Michael Abbey took me and some of my classmates into Omaha to renovate an old “bar” into a shelter for the homeless and serve meals to them. I worked with Br. Andrew part of a Saturday and painted with my classmates the rest of the day. I kept returning on Saturdays and even started attending mass with the homeless people. Suddenly I realized that I was being opened by this experience to a life of service. It felt good! I had actually picked up the hammer and was already using it as my classmate had challenged me. 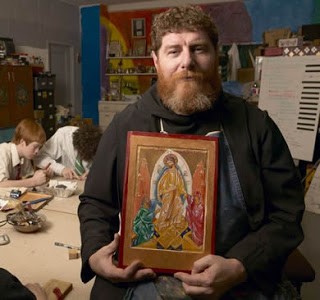 I then realized I could live this life of service as a monk of Mount Michael Abbey. By the end of my junior year at Mount Michael I had become much more interested in theology classes. One of my theology teachers, Fr. John Hagemann had just returned from studying scripture in Israel and his class stirred an interest in me of the study of archeology. I dreamt of doing this myself one day!

My senior year I attended the Eucharist every day and developed the courage to talk about having a call to be a monk. Believe it or not, I had no idea that monks prayed at other times of the day, besides the Eucharist. Fr. John at that time invited me to Night Prayer. I heard the chanting and felt God’s presence. Slowly and steadily I began the interior journey of becoming a monk.

While I studied theology as a freshman at Creighton University, I took a class from Fr. Dennis Hamm, SJ. We studied conversion by reading autobiographies of famous people—St. Augustine, Malcolm X, and John Woolman to name a few. But the one we did not get to was Thomas Merton’s, The Seven Storey Mountain. I decided that I was going to read it when I was 18 years and it became the clenched nail that I was hammering into the wood. I had discovered that I could share the journey to God in the way of service through community, like the early apostles did with Jesus in Galilee, by becoming of monk of Mount Michael Abbey.

For the most part, it was Mount Michael monks who had formed me and I realized that it was the place for me to try to do the same. The rest is history. 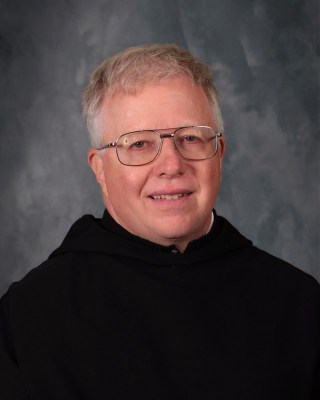 Some of my earliest memories are my parent’s example of prayerfulness. My father would get up in the middle of the night to make a holy hour at our parish church. In grade school my father was making a morning holy hour when grandpa past away and it fell to me to walk to the church and tell him. I completed his holy hour for him. In junior high I went with him to pray at the pink sisters in Lincoln from time to time.

When I was four years old I remember going with my mother to her prayer group the morning after my father had a heart attack. We left early because she broke down and couldn’t continue. That’s when I figured out that a heart attack was a really bad thing. If mother couldn’t pray that was bad.

I remember my mother teaching me my prayers and praying with her every night when she put me to bed. I particularly remember a period when I was scared of the dark and afraid to go to sleep because of the monsters under my bed and in my closet. She told me to pray to our blessed mother. As a small-frightened child, those prayers to Mary were my first clear experience of contemplative prayer though it would be decades before I recognized it as such.

As a teenager I found praying started becoming second nature. Don’t get me wrong, I wasn’t a saint. I was a typical teenager, but I did like to spend quiet time praying at night in the darkened chapel at Mount Michael. I took quiet prayerful walks in the countryside at home and at school. These walks stirred my soul and I recognized the awesome beauty and love of God. I attended special student masses on a regular basis when it was offered on weeknights by one of the monks. It was during this time that I thought about monastic life. I really didn’t have much of a concept of what a vocation was or why I might want to become a monk. I just had a yearning for something more than Mass and sacraments. I really didn’t think about it much. I just became a monk. The whole idea of a “calling” or “the process of discernment” was more confusing and stressful than simply following what was in my heart. It was that simple.

As a little boy, I remember loving to attend mass, but a memory that I have at 5 years of age that formed me very, very deeply was my mother teaching me the song, Humbly We Adore Thee.