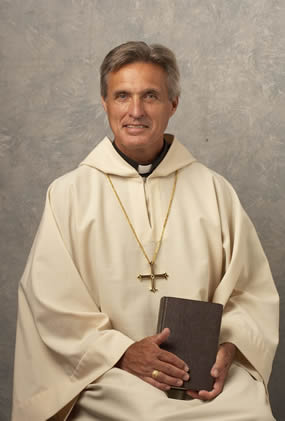 The head of a Benedictine Monastery is the abbot. The abbot is elected by the members of the monastic community who have made their final/solemn vows. The abbot represents Christ in the monastery. The abbot exercises this role of Christ in loving service guided by the gospel and the Rule.

The Abbot shares the work of decision making with the whole community, realizing that the Spirit speaks in every member down to the youngest, but that he must shoulder the cross of final responsibility in the community.

The abbot’s council assists and advises the abbot. This council consists of the prior, subprior, and two members elected by the monastic community.

The monastic chapter consisting of all solemnly professed members of the community is responsible for approving many matters including admittance of new members to the community.