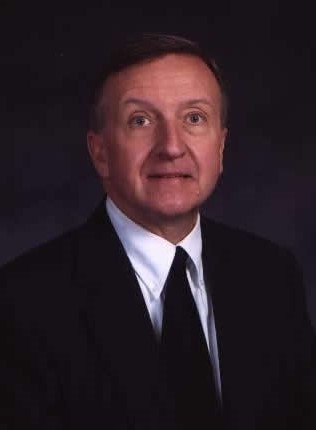 Bro. James was born James Robert Pope in Madison, Tennessee on September 4, 1946, the son of Robert and Louise (Oswald) Pope. He attended Saint Joseph Grade School in Madison and Father Ryan High School in Nashville. Following graduation in 1964, Bro. James briefly attended Tennessee Tech in Cookeville focusing on business administration. Bro. James discerned a call to religious life so entered Saint Meinrad Archabbey in Saint Meinrad, Indiana. While at Saint Meinrad, he became familiar with Mount Michael Abbey through his acquaintance with a former Mount Michael cleric. Bro. James arrived in 1968 to begin a postulancy year before entering the novitiate the following year. He professed his first vows to Mount Michael Benedictine Abbey on July 26, 1970. This summer would have marked 50 years as a member of the Mount Michael community.

One of the first monastic assignments given Bro. James was sacristan. For twenty-two years Bro. James attended to the material preparations for every liturgical function with great care and an attention to detail. Saint Benedict’s admonition to “regard all utensils and goods of the monastery as sacred vessels of the altar” was certainly a standard held by Bro. James. Chalices, candle holders, and other accoutrements were cleaned and polished. One could find Bro. James scrubbing and laundering liturgical, community choir robes on a regular basis.

Throughout most of his monastic life, Bro. James was involved in public relations work. Bro. James initially worked with the dynamic duo of Father Joseph and Father Mario in the Abbey and School’s Advancement Office. Fr. Mario’s efforts also included the promotion of the School and the search for students to attend the School. Mount Michael Benedictine School had recently transitioned from a minor seminary high school to a college prep high school in 1970 and student numbers were lean in those early years. Having assisted Fr. Mario with the recruitment of students for four years, Bro. James was named Admissions Director in 1977. Bro. James dedicated endless hours for the next twenty-three years in this capacity. He was often the first person any parent or student officially met from Mount Michael. Dogged and tireless in promoting the School, Bro. James visited countless grade schools, religious education classes, and homes. Each year during the fall he traveled not only throughout the local area but also throughout eastern and western Nebraska as well as western Iowa.

Summers marked another occasion for promoting Mount Michael and the campus by Bro. James. He was actively involved in summer camp – often as the staff member in charge of the archery program – for over thirty years and served as the director for six years. A great number of campers from their summer experience later matriculated as students in the high school. Of course, there are plenty of camp stories from Bro. James’ time as director. One such story points to his inclusivity and ingenuity. Bro. James’ accepted a blind camper for a week of camp. He made arrangements for this camper to have the same experiences as his peers. While at the archery range, Bro. James placed his boom box at the front of the target to assist the blind camper in finding the target. When the arrow was shot through the speaker of his boom box, Bro. James howled with delight and approval…though moving the boom box behind the target before the next arrow was shot.

Bro. James served for thirteen years as residential dean in the School. And if there was an event in the School or in the Abbey, often it was Bro. James who was the coordinator. He enjoyed a grand event or party, taking delight for example in making a school prom an “extravaganza.”

His later years were shadowed by allegations of inappropriate conduct. Bro. James relished short walks especially with a yellow Labrador Retriever. He enjoyed a good novel or listening to organ music which might be felt at the volume played.

Bro. James is survived by the community of Mount Michael Abbey as well as his brother Michael Pope and half-brother Thomas Oswald and family. Preceding him in death were his parents Robert and Louise (Oswald) Pope. Private Mass of Christian Burial will be held in the David “D.J.” Sokol Memorial Chapel on the Mount Michael campus with interment in Mount Michael Abbey Cemetery following the service. We commend Bro. James to your prayers.