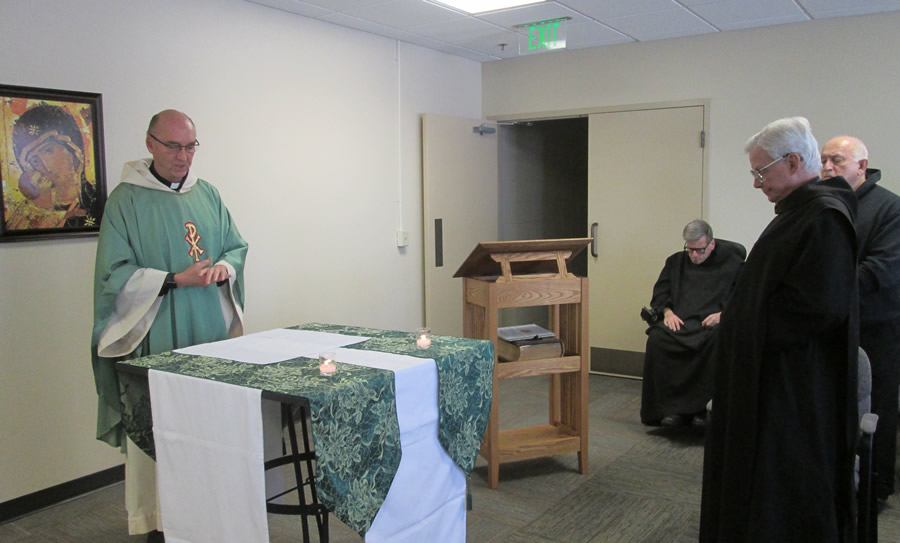 The Mount Michael maintenance crew put in many hours today to clear the mountains of snow dropped on the campus Saturday.   Head of Maintenance,  Jim Lewis arrived on campus before the storm got bad and stayed the night in the guest house on the south end of campus.  He began the laborious effort of snow removal at around 6:00 am.   Russ Brester,  Ken Rice, and Jerry Foral arrived to help later in the morning as soon as they dug themselves out of their homes and the county cleared the county roads leading to Mount Michael.  The Valley Nebraska weather station, near Mount Michael, reported an official amount of 9.3 inches of snow from the storm.

The Monastic community held Mass in the Abbey’s oratory instead of the main Chapel because of the deep snow between buildings.  Fr. John worked his way over to the school buildling to hold a service for the 7-day boarders.